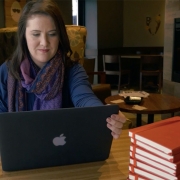 From October 2014 to December 2015, I traveled the world with my three questions, venturing forward with the spirit of what I like to call “planned spontaneity.” I had some ideas of where I would go, people I could meet up with, and a general route I would take, but I was completely open to altering those “plans” when an enticing opportunity or destination presented itself. During those fifteen months of on and off travel, I was in complete flow with the Big Shared World journey, immersing myself in whatever experience the path led me to.

In the process of creating a travel memoir about the Big Shared World journey, I launched a crowdfund campaign to pre-order a self-published book. Admittedly I was a bit ambitious in my editing and publication turnaround times, but working on the campaign gave me a much needed break from the massive book document that was ruling my days. Creating the video and campaign content allowed me to look forward in a meaningful, productive way. There was the journey, the writing about it, then the sharing of it. And I was eager to get to the sharing part.

In creating the crowdfund campaign, it felt like a substantial way to re-engage with the people who initially supported my endeavor and were constantly asking for updates, while also reconnecting with the people who brought my journey to life. When people asked, “How’s the book coming?”, I could point them to the campaign page as an indicator that it was on its way. In the process of reconnecting, the campaign video made its way to my high school’s Facebook page, which received a supportive comment from a retired high-level administrator. I asked to grab coffee to hear her thoughts on how I could share this message with high school students. The first coffee was three hours, followed by another coffee meeting the next week, and the next. It wasn’t long before she mentioned seeing my project as a children’s version of my book (an agent in New York had said the same), and I let the idea sink in. The concept turned into a coloring book about cultures in Minnesota, which turned into an activity book, which continued to evolve over the 1.5 years it has been in production. In hindsight, the production of the activity book was similar to my original journey. They both took much more time and energy than expected, they both transformed along the way, and they both took on a life of their own that I felt honored to be part of.

Last month, I made a big decision to fulfill that crowdfund campaign perks with the activity book instead of the travel memoir, or “book book” as I refer to it. I wrote a long update to the campaign supporters which sums up my thoughts about this decision. The full message is below.

Heading into 2019, I am excited to lead with the launch of the activity book, and to start sharing the work on a whole new, public level. In the co-creation process of producing and launching this book, I have enjoyed conversations that tie the whole original BSW endeavor with this new activity book concept. To me, it is one of the tangible takeaways from the lessons learned during the travels. It is the first of much more to come, and I am so looking forward to the continued journey ahead! It’s been a while since I last shared an update from this campaign. Prompted by Indiegogo, I used to send monthly progress reports until a very dear friend of mine said, “Colleen, your updates just remind us that you aren’t finished.”

The truth is, I totally underestimated the time it would take me to produce a book of high enough quality that felt worth sharing. Since completing the campaign, I’ve worked with three editors, one manuscript reviewer, and even shared a 90,000 word unfinished version of my manuscript with a local book club. While some of this has been helpful and strengthened my book and confidence, some of the feedback made me doubt my work and author ambitions entirely.

Finishing the travels at the end of 2015, I felt satisfied by an initial sense of accomplishment. But as soon as the jet lag subsided and the welcome home’s were over, I felt massively overwhelmed by how to synthesize the experience into an interesting, digestible, compelling narrative. I had done this remarkable global expedition, but the travel was simply the means to the final deliverable. I always set out with the intent to write a book. It was part of my pitch: “I’m going to travel the world, ask people the same three questions, and write a book about it.”

During the book writing process, I’ve felt the pressure of artificial self-set deadlines, especially the one created by launching this campaign. Back in the winter of 2017, I had a manuscript, and it needed editing, but it also needed space to breathe. Many professional authors advise to write your “shitty first draft” (a widely accepted industry term), put it in the back of a closet for several months, work on something else, then come back to it with fresh eyes and renewed energy. As a novice author, I didn’t factor this wisdom into my book writing plans.

After venturing the world and talking to strangers, I turned into a bit of a recluse, often to avoid the perfectly valid question, “How’s the book coming?”

Without the book in hand, I felt unaccomplished. When I shared this sentiment with those who asked about the book’s progress, some people understood and assured me that nobody actually expected me to complete and publish a book within a year of my return. Other people didn’t understand why I couldn’t just get it done. Regardless of their opinions, I knew the quality of the story I wanted to tell, and I wasn’t going to put a book into the world that felt half-baked. All it takes is scrolling through some 1- and 2-star Amazon reviews to know that bad books can haunt authors much longer than a delayed one.

Reluctantly, after realizing I was so far in the weeds with my manuscript that I felt both lost and stuck, I decided to put the Big Shared World book away for a while. In the meantime, I completed an activity book about cultures in my home state of Minnesota!

After navigating vulnerable conversations about my progress with the travel memoir, I was intentional in my decision to keep this new project more behind the scenes. Mainly, to avoid the question, “How’s the activity book coming?”

It was never a secret, but I decided to protect the creative vision and process of this new endeavor by working on it less publicly. I wanted to nurture the idea, give it space to grow and transform, and invite the proper experts to shed light on how best to trim and enhance it. I was able to take ownership of the timeline and vision without the added pressure of people waiting on it, or having certain expectations of what it was going to be. The recently finished 48-page activity book has taken over 1.5 years from idea to publication, proving that quality products just take time. In the end, I am extremely proud of the work that has been done to bring this idea to life.

Our Minnesota Community: A Big Shared World Activity Book never would have been a thing if it wasn’t for this campaign. It was through seeing my video on Facebook that I reconnected with a high-level administrator from my high school and we started to have regular coffees, brainstorming what else I could do to leverage the BSW journey and mission. The conversations evolved into the idea to create a children’s book to celebrate the diversity of perspectives in my home state. I channeled the insights from traveling around the world into a project that centers around curiosity, conversation, and connecting right in my own backyard. In a way, creating such a local tool for engagement has felt like a natural, but unexpected, outcome of the BSW journey.

In the coming months, I’ll be launching that book, and sharing more about the backstory and effort around its creation. There will be companion lesson plans and videos to go with the content in the activity book. I’ll be doing my best hustling to get the book in front of parents, teachers, and other interested Minnesotans.

So, how does this relate to you and this campaign?

I’ve made the decision to send out the campaign perks with the activity book instead of the travel memoir that was promoted. It’s not that I don’t believe in myself to finish a book about the BSW journey. But I have come to understand the pressure this campaign has put on me and that book. I want to free myself from the stress of knowing that people I care about have financially supported the production of a book I have yet to complete, and enter the new year without the burden of owing anybody anything. For those who don’t agree with my decision, please let me know so that I can refund your contribution amount, with no hard feelings. I fully understand that you didn’t back my campaign to support an activity book about cultures in Minnesota.

It is my hope that by getting this campaign monkey off my back, it will give me the freedom to dedicate my energy to the successful launch of the activity book in the new year. I also hope it will open space for new creative energy to re-approach the “book book”, as I like to call the travel memoir. I’m not going to put another artificial deadline on that book. I know there are people who feel the answers to the questions become less relevant with each day that passes (several people – friends and strangers alike – have spoken this sentiment to me), but I know that there are timeless stories and lessons from that journey. Honoring the BSW journey and the people who helped move it forward inspires and guides the continued mission of my life. I hope that anyone who was part of that initial endeavor sees the alignment of this new book, and the potential for so much more that is yet to come.

This week, I will be reaching out to confirm mailing addresses for sending the perks and activity books. I look forward to connecting with you all and hearing updates from your lives. I appreciate each and every one of you who believed in me before, during, and after the Big Shared World journey. I do not take your support for granted and am sincerely grateful for your contribution to me and this campaign.

All the best,
Colleen